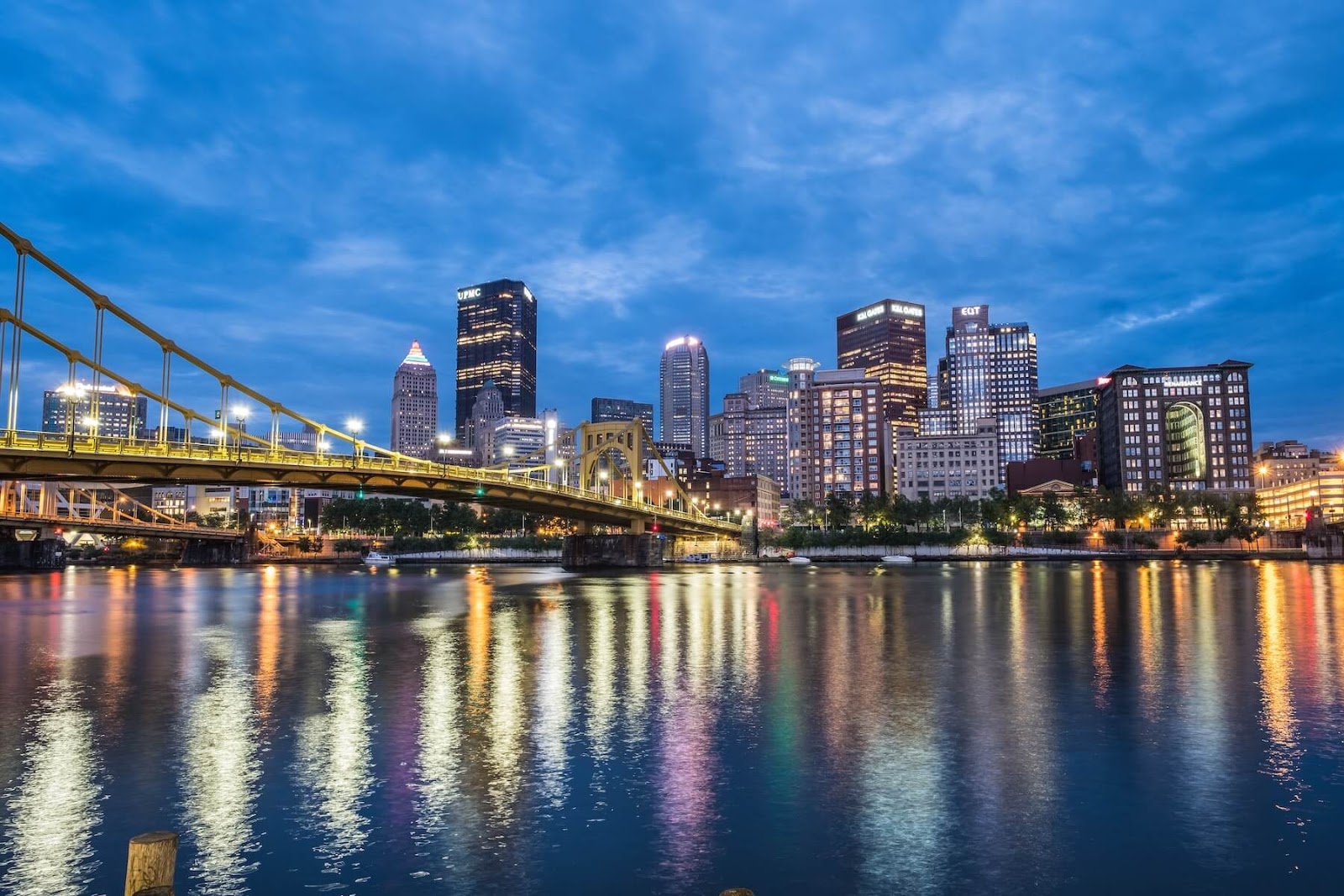 8 Not-Too-Touristy Places in Pittsburgh to Check Out

From a Pittsburgh booze cruise to drinking beer in a church, there is so much more than the touristy parts of the ‘Burgh. 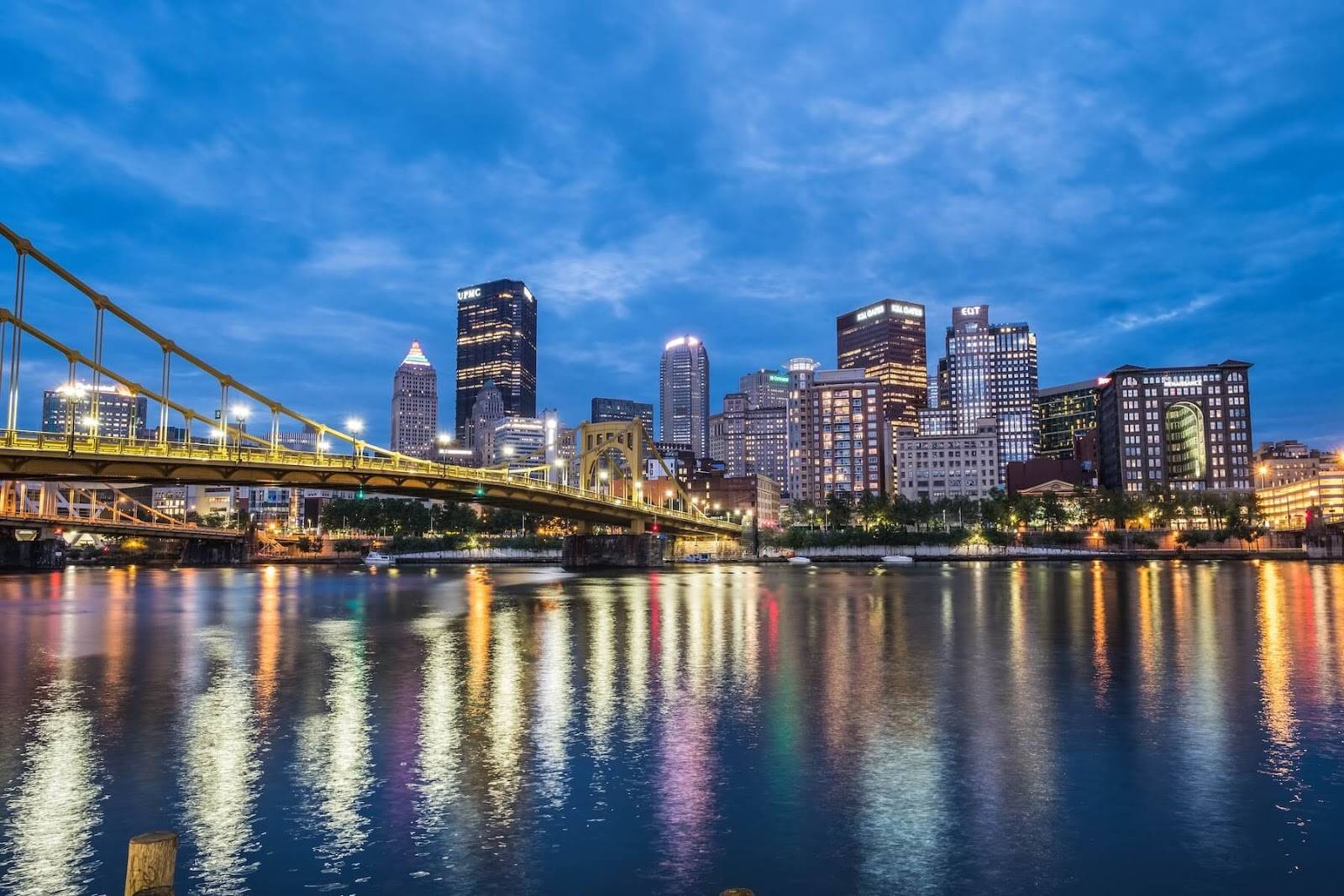 Pittsburgh is known for plenty of things -- the Pirates, Steelers, yellow bridges, Mac Miller, and putting fries on their sandwiches. What about the parts of the city that tourists don’t know? There is so much more to the ‘Burgh, and we want to let you in on the secrets that only the locals know. We’ve put together a list of 4 not-too-touristy things to do when visiting the city. Start the day off by taking in the history of the Steel City, take a break and hop on a Pittsburgh booze cruise, and then end the day grabbing drinks and dinner in one of the most unique venues. With these stops and activities, you’ll be experiencing Pittsburgh like the local yinzers in no time.

Explore like a True Yinzer with these Non-Touristy Activities

Pittsburgh Pedal Boats is the first company of its kind in the three rivers. The pedal boats are designed for guests to sit down and pedal with their feet while enjoying the scenery and drinking a few brews. Each cruise is 1 hour and 45 minutes, you and your party are able to bring your own food and drinks, and will happen rain or shine. The cruise is perfect for birthdays, bachelor/bachelorette parties, team bonding, or a night out listening to music and sipping on your favorite drinks in the three rivers. Grab 15 of your friends that are 21 years or older, bring a 6-pack of your favorite brew, and explore the city from a whole new perspective! While not always on the tourist guide, a Pittsburgh booze cruise is an exciting way to take in the Steel City scenery.

Looking for some inspiration while exploring Pittsburgh? Inventionland is a 61,000 square foot workspace where specialized designers, illustrators, photographers, writers, and more work in 16 uniquely designed themed sets. The venue holds tours to over 15,000 people every single year and works toward generating creativity and fostering education. With scenes including a shipwreck, treehouse, cupcake kitchen, giant shoe, and three running waterfalls, there is a space for everyone to get their creative juices flowing.

Inventionland is for those ages 8 and up and is the largest invention factory in America -- there is no way you won’t feel a spark of creativity. Gain inspiration to start a new project, find a new solution to a problem you’ve been having, or find interest in something you never considered before. If you have an invention of your own, Inventionland will direct you to an idea development agency to get you started.

If you’ve ever thought, “I wonder how many bikes you can fit in a single building,” then Bicycle Heaven is the perfect place for you. From what started as a bicycle repair shop for a collector in 1996, Bicycle Heaven has grown into an insane place for bicycle lovers around the world. The museum holds close to 6,000 bikes and is has the title of the world’s largest bicycle museum and shop. Bicycle Heaven fixes and tunes up bikes and you can even trade yours in for one of their cool rides new and old.

You may have seen some of the museum’s bikes in films such as A Beautiful Mind, Super 8, Fathers & Daughters, Fences, and plenty more. If that still doesn’t get you excited, Bicycle Heaven isn’t just about their bikes -- yes, there is more. Local artwork, interesting bobbleheads, The Beatles memorabilia, Elvis Presley-themed bikes, and other rare items are scattered throughout the museum. If that somehow still isn’t enough, they also have 17 out of 30 of the first-ever fiberglass bikes that are one of the most sought-after bicycles in the world.

Before Lawrenceville was what it is now, this part of Pittsburgh was centered around heavy industry. The area had enough population to finally be considered a borough in the 1800s and in 1902, the church of St. John the Baptist Church was born. Unfortunately, the depression hit years later and the doors of the church had to be closed in 1993. Almost exactly three years later, construction began in the building and The Church Brew Works was born. The team that took on the rebuild kept the history and reused as much of the fixtures in the building as possible.

The church’s altar is still intact as the main centerpiece and is where the beer brewing now happens, which is a scene that you just have to see in person. Enhance your brewpub experience by taking in the history of the church while drinking some of the finest beers you will ever drink. The incredible menu includes craft beers brewed in-house, buffalo chicken pierogies, German mac and cheese, and so many more mouth-watering eats.

Stage AE is the place to be if you are searching for live music in Pittsburgh. The venue has indoor and outdoor stages so whatever the weather, you’ll get to enjoy it. Not only that, there is even a nightclub attached to the building to keep the party going after the bands are done with their sets. Whatever the weather and time of year, Stage AE will have a show that will rock your world. The venue has been home to concerts from The Neighborhood, A$AP Ferg, Dark Star Orchestra, Machine Gun Kelly, Juice Wrld, Bring Me The Horizon, and many more.

Born out of an obsession with cider and wine, Arsenal Cider House holds some of the tastiest small-batch, hand-crafted hard apple cider. With it’s U.S. Civil War theme, this cider house is unlike anything else. It was the first in Western Pennsylvania to sell wine in “beer kegs” and continues to be an industry leader with their products such as Picket Bone Dry Hard Cider, Hop Cider IPC, and Grierson’s Ginger Hard Apple Cider. Arsenal Cider House has a menu full of award-winning ciders, sparkling fruit wines, meads, and more. Don’t forget to bring the growler you purchased back the next time you are in town to grab a refill!

If you’re looking for something completely off the beaten path of tourist attractions, Trundle Manor will leave you satisfied and may even leave you wondering what you got yourself into. It is currently the headquarters of the Secret Society of Odd Acquisitions and has been collecting oddities for over 100 years. Unusual items such as bizarre weaponry and jarred specimens are just a small look into what this house has to offer. With new pieces coming in and out, you’ll always find something new to leave you guessing.

Sports fans know about our football, baseball, and hockey teams… but what about soccer? The Pittsburgh Riverhounds is an American professional soccer team that is part of the Eastern Conference of the USL Championship. You’ll get to watch professional soccer in one of the most beautiful stadiums -- we’re biased of course. Highmark Stadium is located in Station Square and overlooks the city’s downtown skyline from across the river. The stadium is surrounded by nightclubs, restaurants, and hotels so you don’t have to go far to continue the fun after the match is over.

Take in the sights, sounds, and foods of Pittsburgh in the most unique ways possible. If this is your first time in Pittsburgh or you are a seasoned veteran, there is nothing like this not-so-touristy trip of the ‘Burgh. The Pittsburgh Pedal Boats is the ultimate way to see all parts of the city and at the same time pedalling away on a booze cruise in three rivers. Contact us to book your cruise today!

A booze cruise can double as a Pittsburgh beer tour if you bring on the right beers!
Read Here

6 Adventurous Things to Do in Pittsburgh