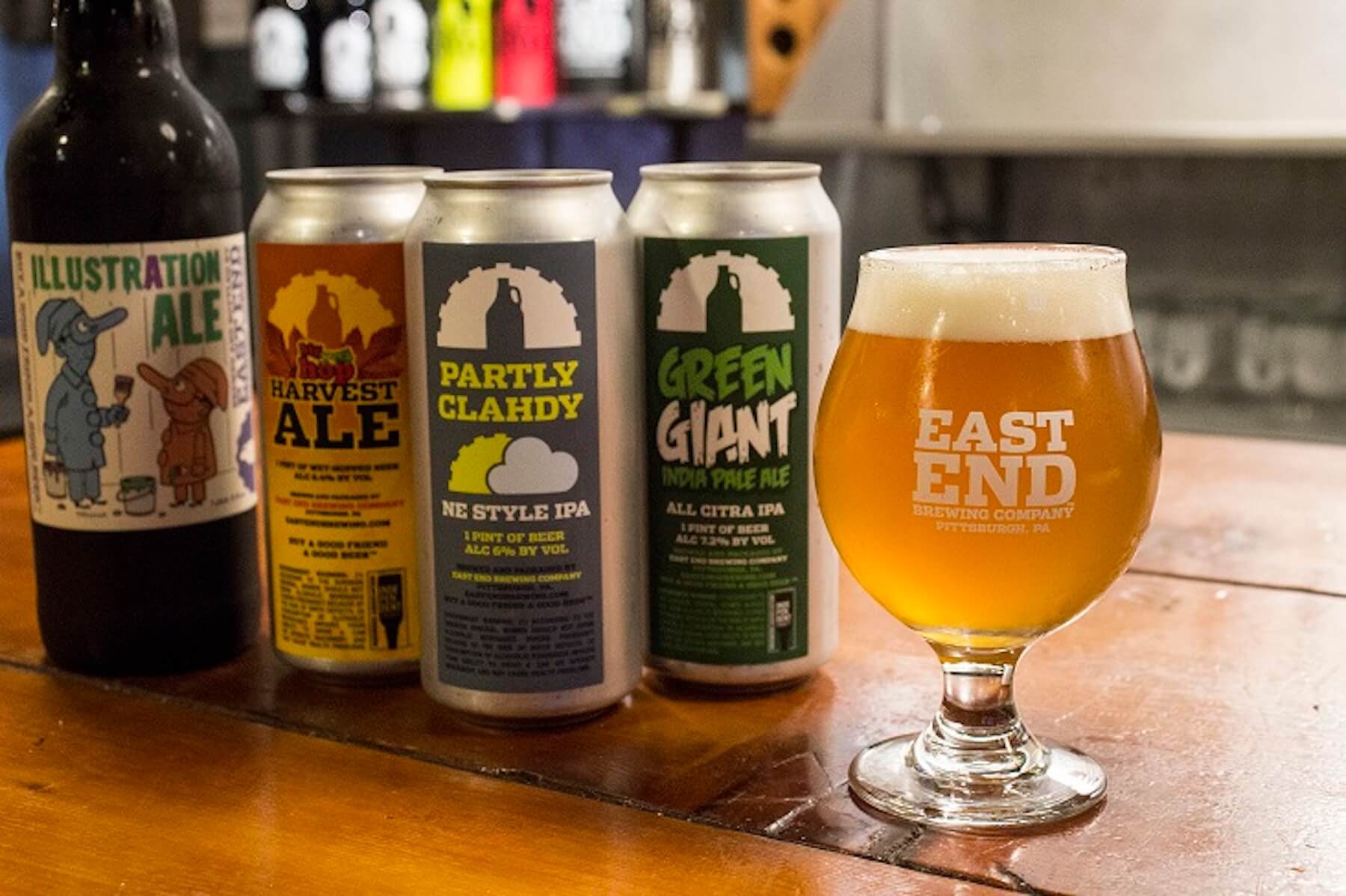 A booze cruise can double as a Pittsburgh beer tour if you bring on the right beers! 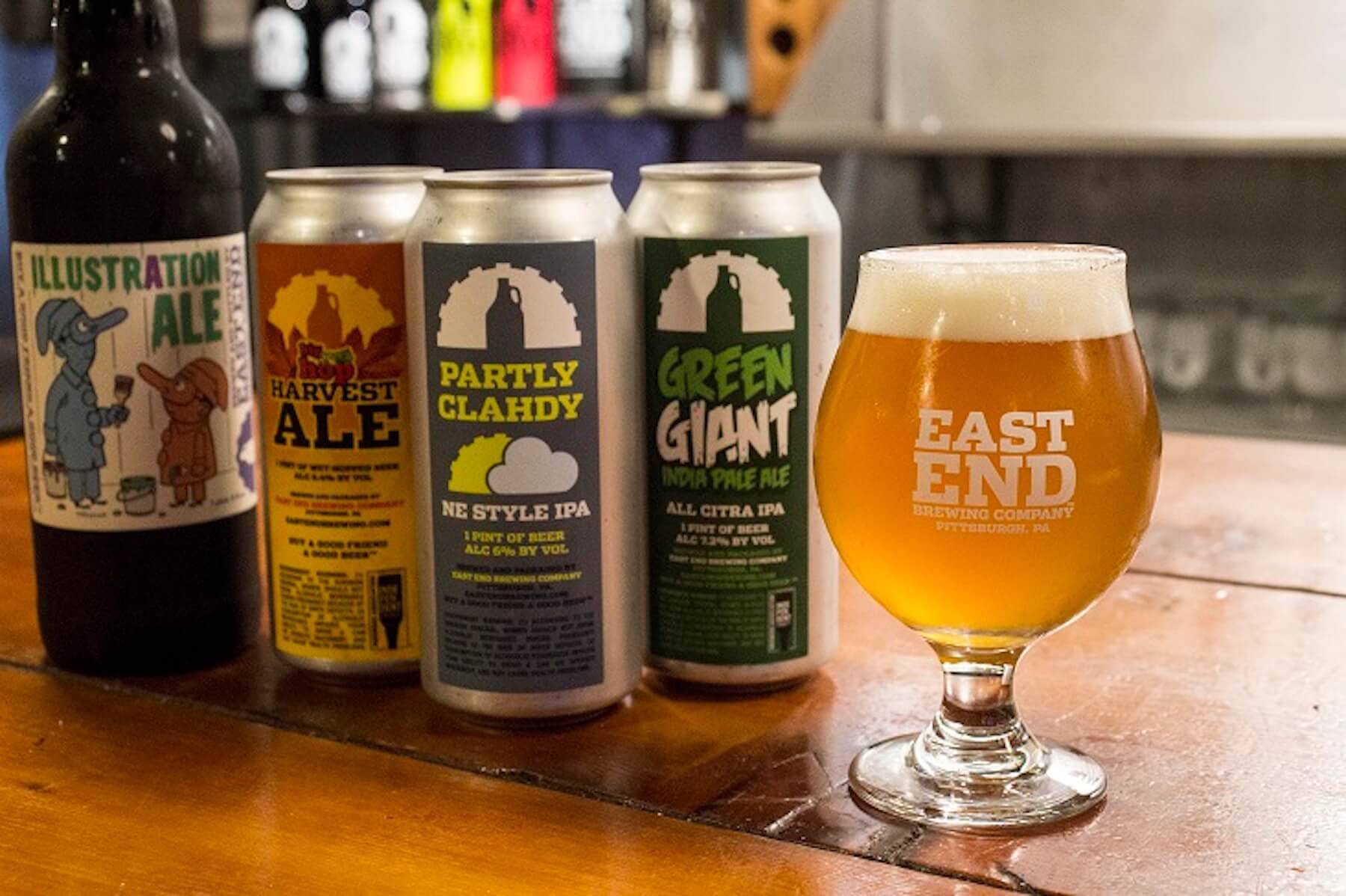 A pedal boat party around Pittsburgh is one of the best ways to party with your friends and sightsee the city. What makes things even better is if you bring on a few delicious and locally-brewed beers to enjoy. On a Pittsburgh Pedal Boats booze cruise, you can bring on any type of alcohol you would like, but we highly recommend supporting a local brewery. So take a Pittsburgh beer tour by packing these beers in your cooler for your next trip on a pedal boat party.

The Voodoo Brewing Co. has taken the quirky personalities of the owners and wrapped them up into an entire line of beer. If you are taking a Pittsburgh beer tour, this is a brewery that you’ll want to visit. Not only do they offer unique flavors that are exciting to try, but their quirkiness is also conveyed on their packaging. For example, the Good Vibes beer has ‘bodacious dank tropical notes,’ and the box has a fun beach theme to stay consistent with the fruity taste. So whether you are choosing a beer based on the flavor notes or whichever you think looks cool, you’ll find something you are impressed with at Voodoo Brewing Co.

Hop Farm Brewing Co. is located in Lawrenceville and might be the ultimate brew to snag before your trip on a booze cruise. If you can’t make it out to their location before hopping on the boat, you can get your beer delivered to you. One of the best parts about these particular local brews is the unique names that Hop Farm Brewing Co. has come up with for each beer. You’ve got Bull Gets the Matador Bottle, Black Dynamite, Ghost Cowboy, and more. Whether you are searching for something sweet and light or on the more hoppy side, they’ve got something for you.

In a year, the East End Brewing Company will brew anywhere from fifty to sixty different types of beer — which means that you’ll find something perfect to sip on while coasting down the three rivers. They’ve got a beer with loads of hops that is truly an American ale, the Big Hop American Ale. But they’ve also got lighter options like the Caution Slippy Ne Dipa (what a great name). The Caution Slippy Ne Dipa has more juice and is less bitter, making it taste phenomenal.

Full Pint Beer takes creativity to a whole new level with their unique flavors and can designs. They sell their local brews at their location along with various store locations, so you’ll quickly find Full Pint Beers before you start your pedal boat party. They even have a pink passion sour ale, which is perfect for people who love sour flavors. Grab a few different brews to bring on the boat and have a taste test with you and your friends — you’re going to want to try more than just one of these beers.

Spoonwood Brewing Company offers a bunch of fun and exciting flavors as well as some delicious food. If you are stopping by to grab a few beers to bring onto your pedal boat party, make sure that you pick up a growler for beer for a year — you really can’t beat that. If you are into seasonal flavors, they offer a Cinnamon Ghoul brew that is a blend of pumpkin puree, fresh ginger, cinnamon, nutmeg, and vanilla. If you are searching for something a little more traditional, try out the Killer Diller. The Killer Diller is their staple IPA that is hopped with mosaic, ekuanot, and simcoe.

If you aren’t a huge beer person, grab a growler at Arsenal Cider House to enjoy while on the booze cruise. Arsenal Cider House has award-winning ciders and meads, so you know you are going to taste the real deal here. Their Archibald’s Ado has won three awards and is a full-bodied cider with caramel and lightly effervescent notes. Another option is the Fighting Elleck that is medium-bodied cider and is well-balanced and refreshing. If you are itching to try one of their meads, check out Murray’s Mead. This drink is labeled as a bottle of traditional honey wine and offers notes of caramel honey.

Helltown Brewing strives to put together the most delicious craft beers that come with a rebellious attitude. The name Helltown Brewing came from the late 1700’s Whiskey Rebellion, so the rebel attitude goes right down to the core of this brewery. Their beer list includes Buffy, a New England Hazy IPA with citrus and tropical hops — the flavor is reminiscent of tangerine and pineapple. Another option is their Latis, a light-bodied and crisp IPA that has notes of grapefruit, orange, and berry.

It’s extremely easy to take a Pittsburgh beer tour and try all of the fantastic local brews, but it’s even more exciting when you take that tour onto a booze cruise. You can bring your locally brewed beers onto a pedal boat and take in the sights of the ‘Burgh while hanging out and catching up with your friends. Contact us today to book your pedal boat party as your next beer tour around the city.

A booze cruise can double as a Pittsburgh beer tour if you bring on the right beers!
Read Here

6 Adventurous Things to Do in Pittsburgh